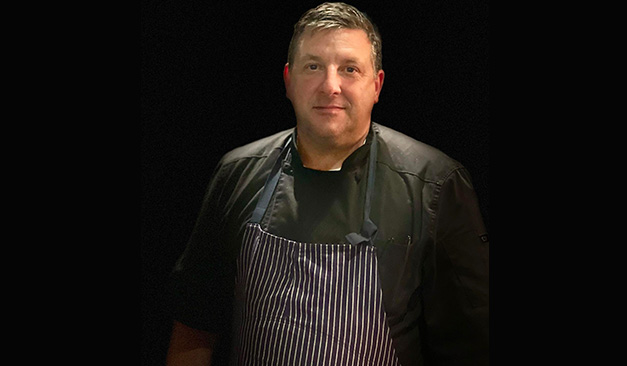 With thirty years experience as a chef, Cliff began his career in his hometown of Bexhill, East Sussex in the United Kingdom while also attending culinary school. Afterward, moving to Kent and later London as a chef at the 5 Star Hyatt Carlton Tower in Knightsbridge which specialized in classic French cooking. After a few years, Cliff opened Grissini London in the same space, a restaurant serving fine dining Italian. His culinary talent is refined, spanning many cuisines over the decades.

Outside of his passion for food, Cliff has traveled extensively and loves the outdoors. He enjoys fishing, camping, and the beach. He even caught a 500+ pound Blue Marlin while deep sea fishing!

Cliff has lived in many places throughout his culinary career including the U.S. Virgin Islands where he met his wife Erika as well as Georgia where they started a family and had their two children, Keira and Annika. Other places Cliff has lived and worked include: Washington DC, Florida, Anguilla, New York City, Nevada, and now Oregon. We are proud to have him as our culinary director.

Chef Aaron Franco has always loved food. With seventeen years of chef experience, this culinary passion began early on in childhood as he gravitated towards his family’s kitchen. Watching his father cook, Aaron was exposed to Italian, French, and Latin cuisine in an authentic home cooking environment. His curiosity of the process grew and so did the desire to learn how to cook himself. Recognizing this, Aaron’s father took him under his wing, mentoring him to cook from the heart and challenging him daily to grow his culinary skills and palate.

Outside of his culinary talent, writing is Aaron’s second passion. With his first cookbook released in late December 2021, Chef Aaron Franco is very excited to share his passion with others.

He also loves to travel and seek new challenges. That same curious mentality from his youth was inherent to his later culinary pursuits: “I traveled multiple countries alone, asking local restaurants if I could help in the kitchen and learn. This gave me Chef comrades around the globe that I still keep in touch with today.”

Through the years, that enjoyment Chef Aaron Franco first felt in the kitchen has grown into an incredible talent for crafting fine food for everyday dining. Metropolitan Tavern is lucky to have him as our Executive Chef!

Buy a universal digital gift card that’s good to use at any one of our locations. Digital card will be emailed to you or someone special immediately!

NOW HIRING FOR ALL POSITIONS

Join our Urban Restaurant Group Team. Now hiring at all of our locations for all positions. From server to hostess, managers and GMs.